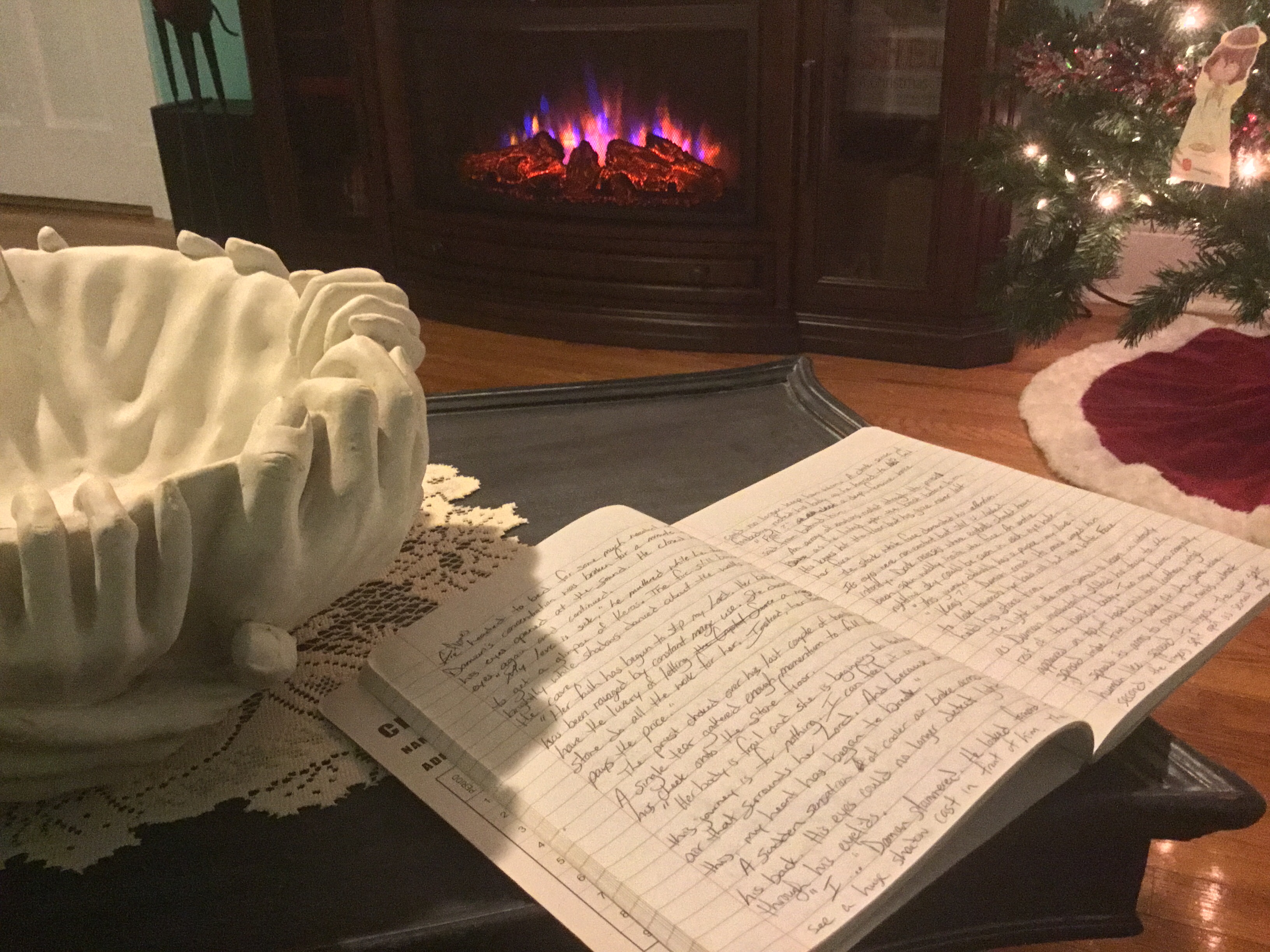 Here’s a blog. The image above is my current view as I bang out my first ever blog post. I have no idea what kind of format I’m going for here or what future plans I have as far as posts and SyntaxSe7en.com, but I know that I’ve needed to scratch a writing itch for a very long time. Here goes nothing, with minimal editing because that just isn’t very fun now, is it?

Some of you have asked or have heard me answer the question about where my Twitch username came from. For those that haven’t, I can tell you that the name “Syntax” is/was the name of an unfinished book that I started writing about 7 years ago . No, I never finished it and no I don’t currently have plans to ever finish it. In a lot of ways I feel like the book shouldn’t be finished because I am Syntax online and maybe that is good enough. Oh! Seven is the name of my first born, which explains the second half of the name.

I guess when I started the book I had grand plans of releasing it to the world to put my own spin on a dark fantasy that would make readers question their own meaning of life and what their purpose was on the earth. In a lot of ways those point of views have made it into my Twitch broadcast where I’ve prided myself in building raid teams (with the help of mods, a mod that built an awesome script, and of course Synbot) to teach the raid. I don’t think I build teams specifically for that anymore. Getting a team and storming into Destiny’s most challenging six Guardian activity is about something much more to me now.

Okay. Enough of that. Let’s check in with “regular” and “normal” blog activities. Yesterday we got a metric shit-ton of snow in VA. Last night I left the locker room at the Factory at 7:15pm and didn’t get home until 10:20pm. At one point I was stranded on Interstate-95 for a solid hour (yes I took a couple of naps and only one of them was ended by a car horn.) I wish I would have known that I was going to commit to my first ever blog post today because I could have took a couple of good pics to go along with this post.

Today was a snow day. I had the pleasure of seeing the snow from inside the warm house. What a joy compared to yesterday. I missed seeing the kids play in the snow because of stream but I imagine it didn’t last long because of the cold. I did however get to see Chance and Pumpkin play in the snow together. They lost an elk antler in the snow (they like to chew them. Wayyyy better than rawhide for your dogs btw). So it was a blast watching them use their smellers to find it and dig it up. See if I thought I was a true blogger, I could have taken pictures of even shot video for a VLOG. Damn, missed opportunity. I’m sure the pups will end up in a post eventually.

Thanks for reading! This is commitment you know. I actually sat down and took 20 minutes or so to type this while hanging with my daughter on the couch. See you in the stream or my next post.